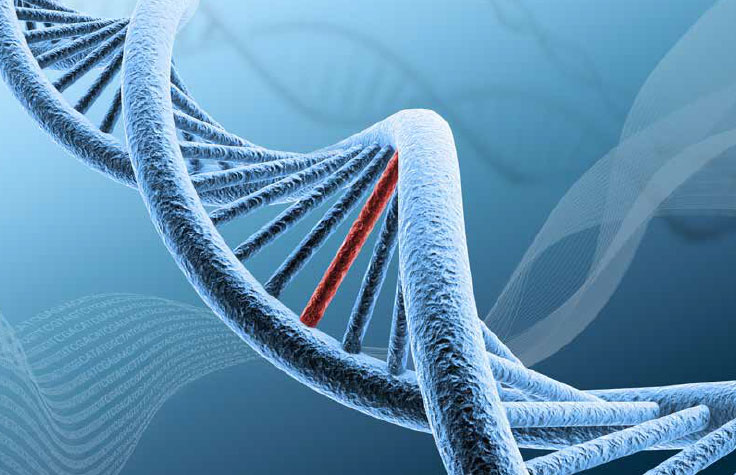 Scientists are getting better at sequencing, studying, and analyzing our genetic code. While it took more than a decade to decode the first human genome, now this is a task that any lab can achieve in a single day. This capability is due to next generation sequencing of DNA.

Back in 1972, Paul Berg came up with technology for researchers to isolate specific fragments of DNA. Five years later, Frederick Sanger became the first person to sequence the entire genome of a bacteriophage.

As computer technology and software advanced into the 1980s and beyond, we had greater capability to analyze DNA data at a reasonable pace. While results wouldn’t be immediate, they were at least finally possible, some 30 years after the discovery of DNA in the 1950s.

And in 1990, researchers around the world embarked on the Human Genome Project, which wound up delivering a rough draft in 2000 and the map of the human genome in 2003.

The latest fruits of scientific ingenuity have to do with next generation sequencing. What follows is a timeline to illustrate the history of NGS and its uses, which are still being developed today.

A Brief Timeline of Next Generation Sequencing

As pointed out by Front Line Genomics, next generation sequencing has been available since the start of the 21st century. Chief characteristics are the immense amount of data NGS can produce in a short period of time, at low cost, with greater accuracy than the technology we had when mapping the human genome decades ago.

2000: The Lynx Therapeutics Company released its Massively Parallel Signature Sequencing  or MPSS, one of the first tools for next generation sequencing. Illumina purchased LTC and later developed a new technology for NGS (see below).

2004: 454 Life Sciences developed an NGS system dubbed the Roche GS20. Being the first platform for sequencing with next-gen technology, the company made it available to scientists with a few years of development. The main selling point was that the Roche GS20 can generate as many as 20 million base pairs during a run.

2008: Famed DNA researcher James Watson received a hard drive containing the digital files of his own scanned genome sequence. A paper about this breakthrough in obtaining someone’s personal genome came out this year too. The estimated cost of Watson’s personal DNA sequence was $1 million, according to Front Line Genomics.

2014: Illumina, which bought MPSS after Lynx Therapeutics Company developed it in 2000, built its own HiSeq X Ten Sequencer. Using this device, Illumina said it created the first genome for $1,000. At this point, the company dominated 70% of the DNA sequencers market. It is also responsible for generating more than 90% of DNA data being produced worldwide.

2018: Stepping into the realm of cost-effective genetic sequencing,  Veritas Genetics provides a service for whole-genome sequencing at $199, a promotional rate limited to the company’s first 1,000 customers. Still, this represents quite a milestone in the evolution of NGS systems.

2019: The cost to sequence an entire human genome plunged to $942 for ordinary customers, per the National Human Genome Research Institute.

It’s difficult to predict what new complex tasks and at what speed future iterations of genetic sequencing systems will offer us.

But given the pace of development so far, from the discovery of DNA to the first human genome scan taking a decade to sequences being possible to facilitate in less than 24 hours, the subsequent improvements will likely usher in new capabilities we can barely imagine now.