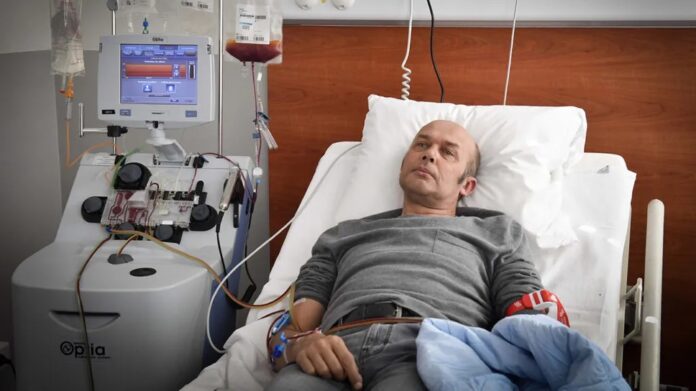 Getting a diagnosis for an ailment that is considered rare and for which it is difficult or impossible to find a cure can be a daunting proposition for patients, friends, and family. They often focus their attention to work being done today in laboratories and clinical research trials for hints about potential therapies that may be coming into production to help them.

While multiple myeloma accounts for less than 2% of cancer diagnoses every year, it’s the second most prevalent blood cancer here in the U.S. Per Managed Healthcare’s review of National Cancer Institute statistics, we can anticipate that physicians will diagnose about 34,500 individuals with multiple myeloma and 12,640 will die from this disease annually.

With such sobering statistics in front of them, scientists are looking into whether CAR-T therapy can serve as a potential method to treat people with multiple myeloma.

When standard treatments fail to yield positive results, clinicians will want to turn to more modern approaches that involve new advances in technology. That’s where CAR-T therapy may be poised to play a role in helping patients with multiple myeloma.

CAR-T therapy (“chimeric antigen receptor-based”) involves a lab technician taking a blood sample from a patient, from which she extracts T cells.

After changing the T cells to put chimeric antigen receptors on their surfaces, these modified immune system cells go back into the patient’s body through reinfusion. The CAR-T enhanced immune system seeks out cancer cells and eliminates them.

In the case of multiple myeloma, many companies are working on CAR-T therapy approaches to combat the ailment, including:

* Cartesian Therapeutics is working on a new CAR-T therapy approach for people whom doctors have recently diagnosed with multiple myeloma. They are engaged in a phase 2 study of an investigational agent called Descartes-08, with results anticipated to be released in February 2023. The company is in the meantime also working on a therapy called Descartes-25. It’s a bispecific antibody that aims at cytokine interleukin-12 and BCMA.

* At Pfizer, researchers are now evaluating a BCMA, CD3-targeted bispecific antibody called elranatamab, which is designed to lead to a possible therapy for relapsed (refractory) multiple myeloma, with the Food and Drug Administration giving it orphan drug status with fast-track status now that 90% of patients are responding positively to it in tests.

* Poseida Therapeutics is working on an allogenic method for delivering CAR-T therapy. It employs donor T cells instead of using immune cells from the patient. But there is a risk of rejecting the donor material, so work is still ongoing in a phase 1 study, according to the report from Managed Healthcare.

With Many Companies Working on the Multiple Myeloma, Look for Future Clinical Trial Results

Before patients can have an opportunity to use CAR-T therapy, the process needs to undergo rigorous testing in laboratory conditions. Many candidates for treating multiple myeloma by adopting CAR-T are in clinical trial phases still. What remains to be seen is whether good results are borne out in the data, and if the clinical results can be replicated by other researchers. The Food and Drug Administration will need to examine the hard data before it can sign off on approving such treatments for the public at large.